The Ostrich OR Spital Inn, Lincolnshire, gets Blue Heritage Plaque 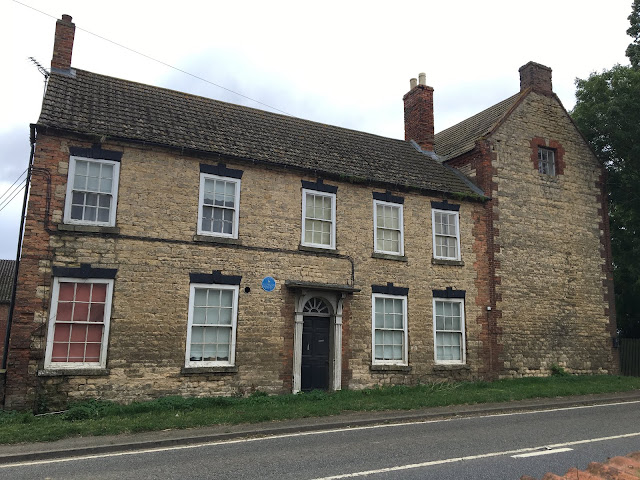 The important former coaching inn, The Ostrich or Spital Inn, had a new blue plaque unveiled by Dr David Marcombe on Saturday September 17th, 2017. The Ostrich, a long-forgotten part of the heritage of North Lincolnshire, has finally been recognised. The plaque records how William Cobbett, political writer, stayed there in April 1830 and wrote part of his celebrated Rural Rides. The plaque was sponsored by Mr Jim Foster of Rugby, who stayed in the building in the 1940s and 1950s.

For safety reasons as the inn is next to the a busy road, the unveiling of a replica plaque took place in St Edmund's Chapel, situated opposite the inn, with the actual plaque already present on the side of the building.

There is a short video of the unveiling on YouTube, including speeches by Dr David Marcombe and Mr Jim Foster. You can watch this below.

THE WEST LINDSEY CHURCHES FESTIVAL 2022 IS ON! Up to 100 churches, 7/8th and 14/15th May. We are so excited! We really want lots of people to visit these churches, that have had to close to visitors for around 18 months. Visit the Brochure page to view the PDF.